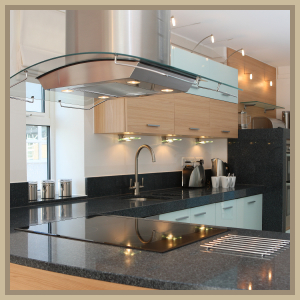 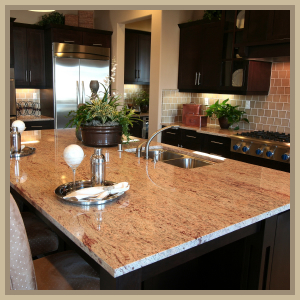 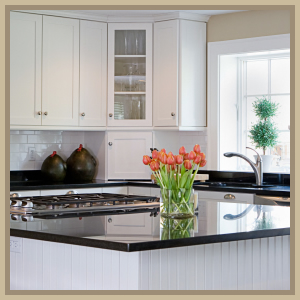 If you can afford it, Onyx makes a striking impression if lit from the back.

Back lighting a bench top or splash backs adds a whole new dimension and style to your home. However Kitchens are an area of the home where Onyx must be treated with special care. Because of the porous nature of this type of stone, it is susceptible to staining and cracking.

There is however stone care products specifically formulated for Onyx to keep out moisture which in turn reduces stains. As mentioned earlier, just be aware that Onyx is soft enough to be easily scratched and reacts to even weak acids like vinegar and lemon juice by eroding.

Onyx is fantastic for Commercial use and is popular in the Building and Design Industries, for its translucent nature.  It is often lit from the back to display to full effect its bands of colour, creating a fascinating and beautiful object.

The name comes from the Greek word onyx which means nail of a finger or claw. Legend says that one day while Venus was sleeping Eros/Cupid cut her fingernails and left the clippings scattered on the ground. Because no part of a heavenly body can die, the gods turned them into stone which later became known as onyx.

Onyx is a form of chalcedony or Agate (a translucent or grayish semiprecious stone that is a variety of banded quartz, used for gems, ornaments), which in turn is part of the quartz group. Like the other stones in the chalcedony family, onyx has a smooth, waxy luster. Onyx can be found in a wide range of colors, often layered.

Originally, almost all colors of chalcedony from white to dark brown and black were called onyx (SiO2 with impurities). Today when we think of onyx we often preface the word with- black ,to distinguish it from other varieties of onyx that come in white, reddish brown, brown and banded. A variety of onyx that is reddish brown with white and lighter reddish bands is known as sardonyx.

Right from the antiquity Onyx as a stone is dyed to improve the color and texture. Dyeing is a process to alter the color of a gem by dipping it in a solution to allow the dye penetrates through fractures present in the stone. Black onyx was first made some 4000 years back in Harappan civilization. In fact one can make black onyx by keeping banded agate into the solution of honey and sugar water over low heat for couple of days. The porous bands will absorb the liquid and when heated the sugar will caramelize producing deep brown color.

If these stones are further put into Sulfuric acid the sugar will carbonize producing black color onyx. This method is in use since ages and said to produce permanent result. Most of the black onyx which is produced commercially is heated and permanently dyed to enhance the depth of the black color making it exotic. Natural Black onyx is extremely rare to find. The dye used in the process is stable and one should be careful while cleaning to avoid removing or dulling this stone. Irradiation is another process which is used for producing different colors. 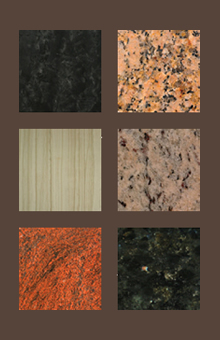